So my Touareg has been getting all the attention lately.  Mostly because it is running and my bus is not.  However, I now realize that my bus has not run now for about two years.  Probably the longest it has been down at one time.  I will be working on my bus soon.

My Touareg has a few miles on it.  A little over 120k miles so far.  I have not changed my drive shaft yet but plenty other things have malfunctioned or wore out.  Now, I have replaced every lift support on the Egg.  I also replaced the shock for the e-brake.  What I have learned in the last escapade was that I don't like working on interiors of cars.  Especially newer cars.  It takes a lot of patience to do.

Well I changed my worn out shocks (lift supports) for the back hatch of the Egg.  My glass had not worked in a few years.  I would have to hold it up.  It was reasonable heavy.  In the past few months, my back hatch now will not stay up and I have been using a shower curtain rod to hold it up.

Changing the lift supports is not that easy to do.  They are located between the headliner and the roof in their own little compartments.  There are four in all.  Two for the window and all four for the hatch.  I had to remove the rear headliner piece first which basically pulls straight down.  Use the interior tools if you have them to pull on the fasteners rather than them pulling out as they make break.  But not always.  I then removed the two rear pillar covers and the two rear seat posts (with seat belts on them).  I set the rear seat pillar cover as pictured below. 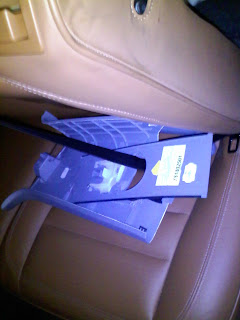 Once the pillar covers were off, I then could start removing the headliner from the rear.  There are two clips holding the headliner up that are shaped like an arrow where the pointed part inserts into the roof metal.  You can use a screwdriver to push it towards to the center while pulling down on the headliner. It should just pop out and down.  There are two hooks above the rear most side windows that have screws in them that must be removed.  Then I removed the handles above each rear door by opening the little doors to expose the screws.  Once these are removed, the headliner will sag down so be careful as it may crease. 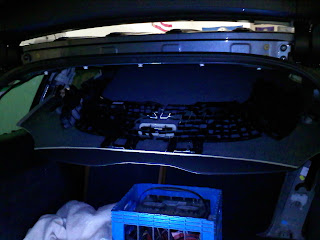 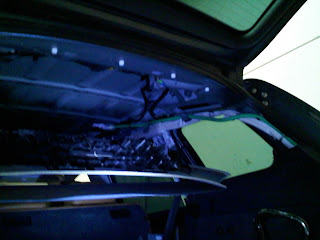 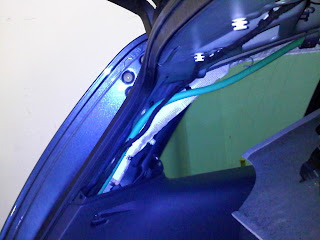 There are two fasteners that hold the headliner above the rear doors.  They are pictured below.  There are little rubber holders that are attached to the top of these and they come off when you lower the headliner. 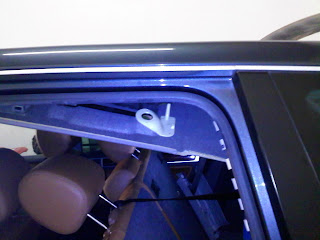 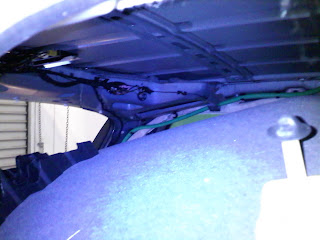 Now you can expose the compartments that the lift supports reside. 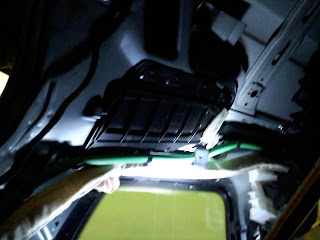 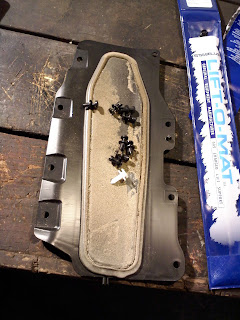 Sand was found on the part that is to the elements.  Probably from desert trips. 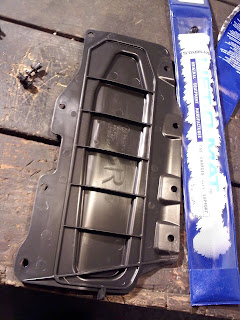 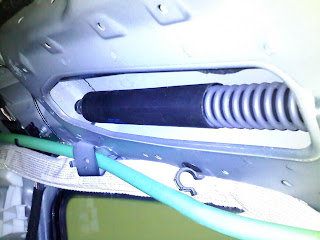 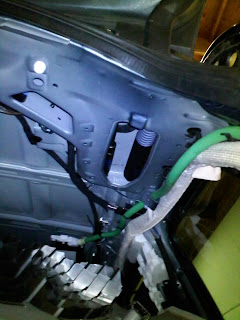 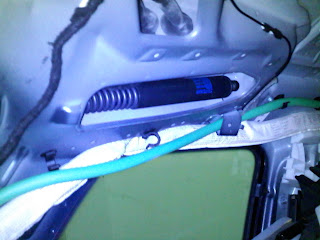 The ends of the lift supports come through the body at the top of the hatch where it pivots.  The only way to remove the big lift support to move the hatch end towards the center between the two support mounts as far as you can.  Then lower the other end through the port opening. 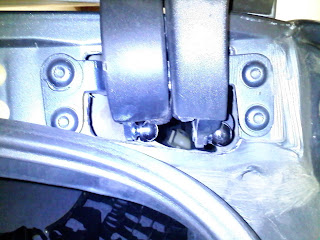 Once the supports are removed installing is the opposite process.  Take your time and look at things closely when doing this so you don't break things.  I probably saved over $500 doing this myself as the dealer would get at least $100 per hour plus parts.  My manual states that this job would take about 5 hours.  However, mine is done now and both the back glass and hatch work great.